All the latest news from Blairs 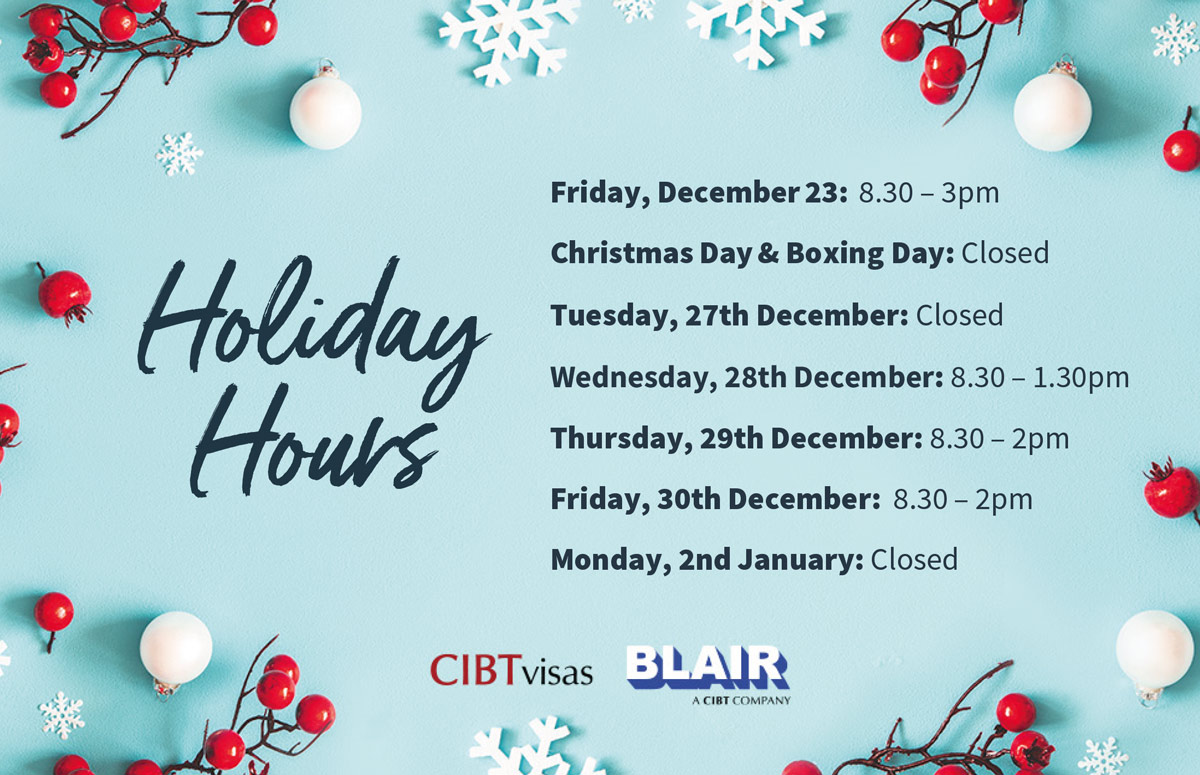 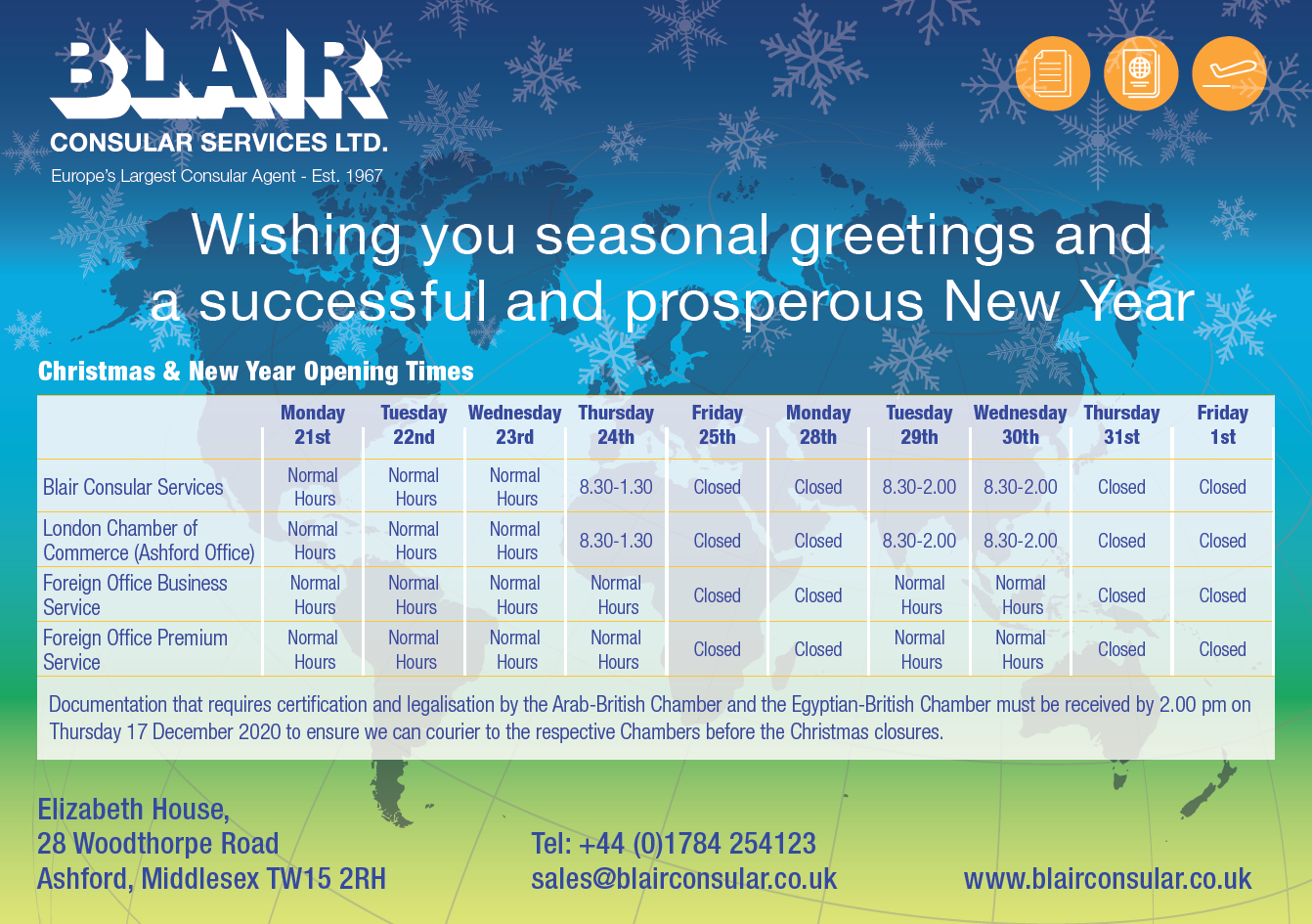 We will continue to operate as closely as possible to business as usual during the second national lockdown, with Chambers of Commerce, the Foreign, Commonwealth & Development Office and most Embassies remaining open.

As during the previous national lockdown, we will continue to operate in a safe, efficient manner, enabling us to arrange the certification, notarisation and legalisation of our clients’ documents wherever possible. In keeping with the current public health advice, we would like to confirm:

The latest DHL/British Chambers of Commerce Trade Confidence Index report – which measures UK exporting activity and business confidence – shows that businesses’ confidence about future turnover and profitability is at its second highest level on record, and 40 per cent of firms are looking to hire more staff, the highest number on record.

Research revealed that export orders and sales in London increased by over 10 per cent for both manufacturing and service firms in the first quarter of 2014. The index number used to calculate the volume of trade documents, administered by Chambers of Commerce across the UK, now stands at the second highest figure on record.

The key findings from the report nationwide are:

• Confidence among exporters about future turnover (71 per cent) is at its second highest level on record
• More than one third of exporters said they expect to hire more employees over the next quarter, the highest level on record
• Half of exporters said their export sales increased, compared with only 6 per cent who claimed that they fell
• More than half of exporters (62 per cent) believe that their profitability will increase this year
• The BCC/DHL Trade Confidence Index – used to calculate the volume of trade documents administered by Chambers of Commerce across the UK – now stands at 117.03 – a 3.9 per cent jump on Q4 2013 and is the second highest figure on record

John Longworth, Director General of the British Chambers of Commerce (BCC), said “these results give us many reasons to feel cheery. There is much to be happy with in these results. Our exporters are selling more, and hiring more, showing ambition and willingness to export and grow their business. They are taking advantage of the opportunities on offer when breaking into new markets and it is great to see that the volume of exports is now at an all-time high.

There is however so much more potential to realise. The government’s target of increasing exports to £1trillion by 2020 is a difficult target, but not insurmountable. But these businesses, while making every effort to expand into new markets, cannot do it alone. Government and civil servants must also play their part so we can make real in-roads into high-growth markets. And we simply must spend far more on trade support than our current 0.02 per cent of GDP, if we are to rebalance our economy towards net exports.

The British Chambers of Commerce is doing its bit, by accrediting overseas chambers of commerce and business groups in 41 countries across the globe, so that business people have a first port of call when they step off the plane, where they can receive practical advice and support on the ground. But we can and must all do more if we are to compete on a global scale in the months and years ahead”.

The 41 markets are all included in the Overseas Business Network initiative which are considered to be key destinations for UK exports and trade partnerships. The London Chamber of Commerce is part of the initiative and has appointed a regional coordinator, Marilise Saghbini, to liaise with the overseas chambers of commerce and business groups and link them to actual and potential UK exporters.

John Bains, DHL’s London Director, put the report results into context: “Exports in the capital have risen over 10 per cent from last quarters, which is the highest increase we’ve seen in the country. It demonstrates that businesses in the capital are dynamic and driving forward London’s growth.

Looking to new markets, such as Brazil, remains key for growth. The 2014 FIFA World Cup and 2016 Olympic Games also demonstrate a huge investment in this territory’s infrastructure”.